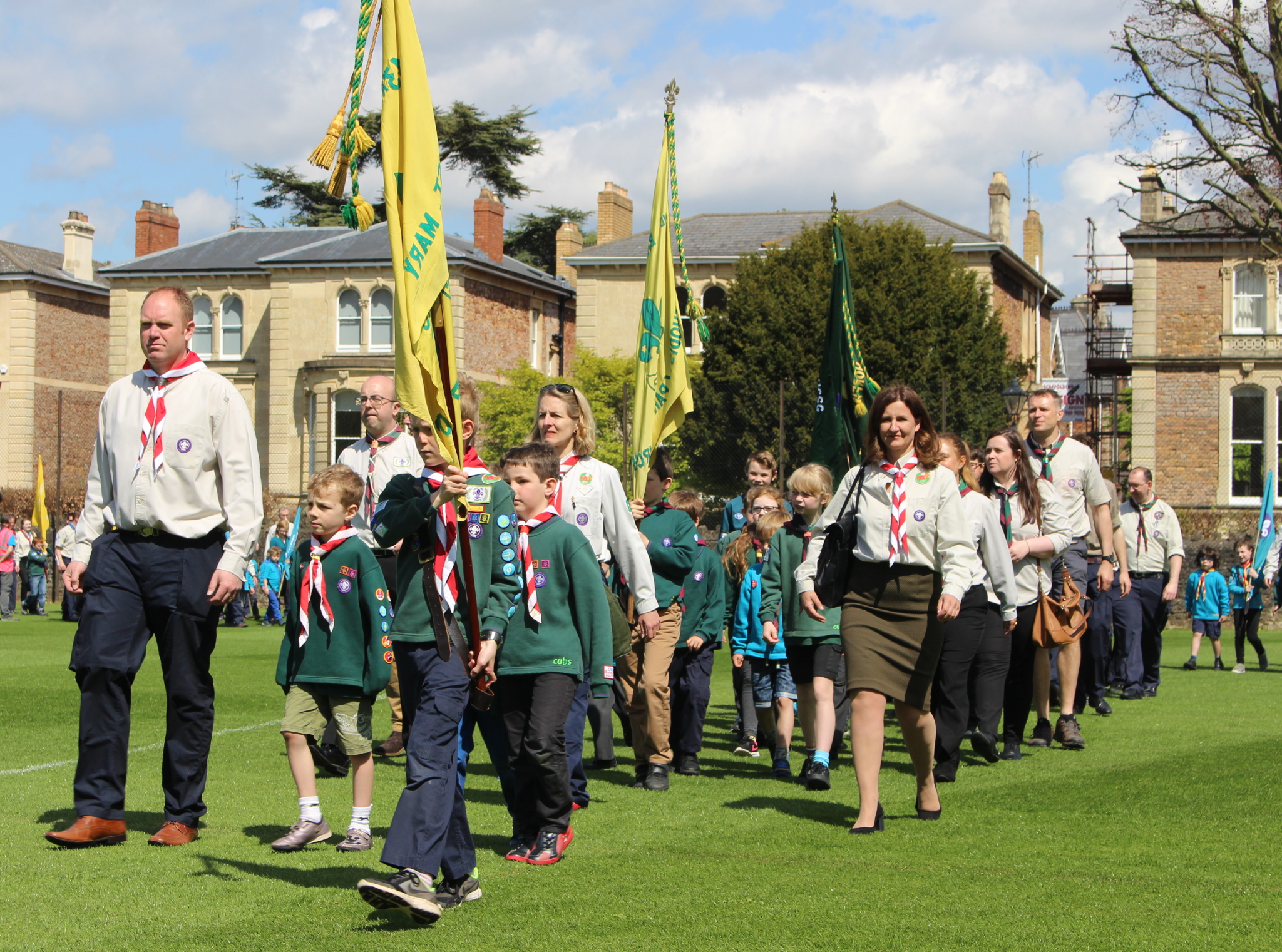 43rd Bristol Scout Group were chosen to lead the 18 Constituent Cabot District Scout Groups for this years District St George's Day Parade held on Sunday 23rd April 2017. The rain stayed away for the first time in several years and hundreds of young people, leaders and fellow scouters marched behind the magnificent ATC Band from College Fields to Clifton Cathedral. Roads were closed, crowds gathered and it was a spectacle to behold.

All promises were renewed as part of the service and proved a memorable occasion for all involved. It just goes to show scouting is more popular than it's ever been in North West Bristol and no more is that the case than at our own 43rd Bristol (St Mary's Stoke Bishop) Scout Group.