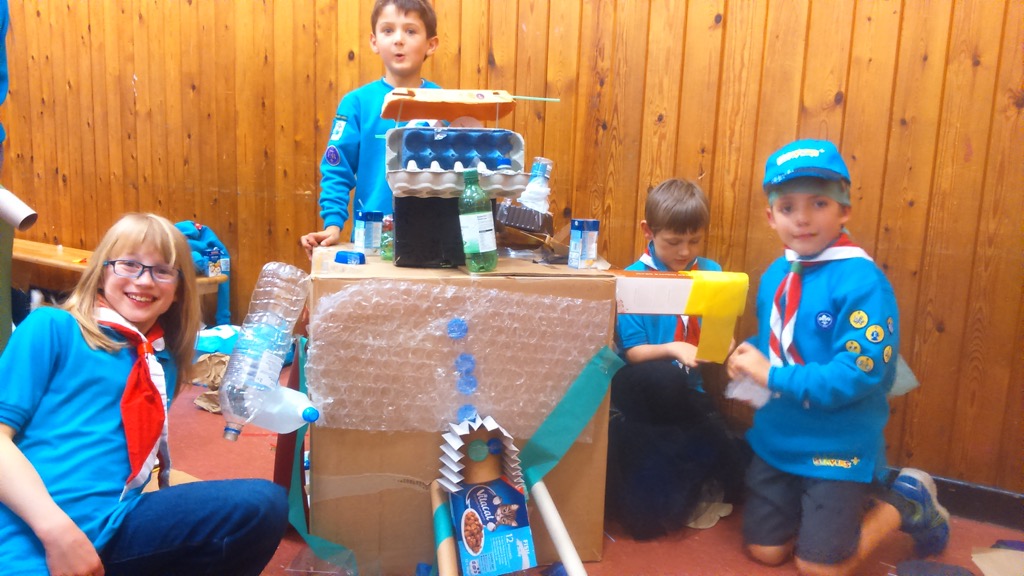 Our Scouting District organised the annual Junk Modelling Competition for Beavers on Friday 13th October. 4 beavers from Monday and Tuesday colonies took part and worked as a team against other colonies in the district to make their own monster model. It was a room full of junk which was turned into 12 amazing monsters in only a couple of hours. Although they didn't win - it was great fun taking part. They worked well as a team and were so enthusiastic.

A big thank you to all of the district leaders and helpers who gave up their own Friday night to put on a great event for the Beavers.