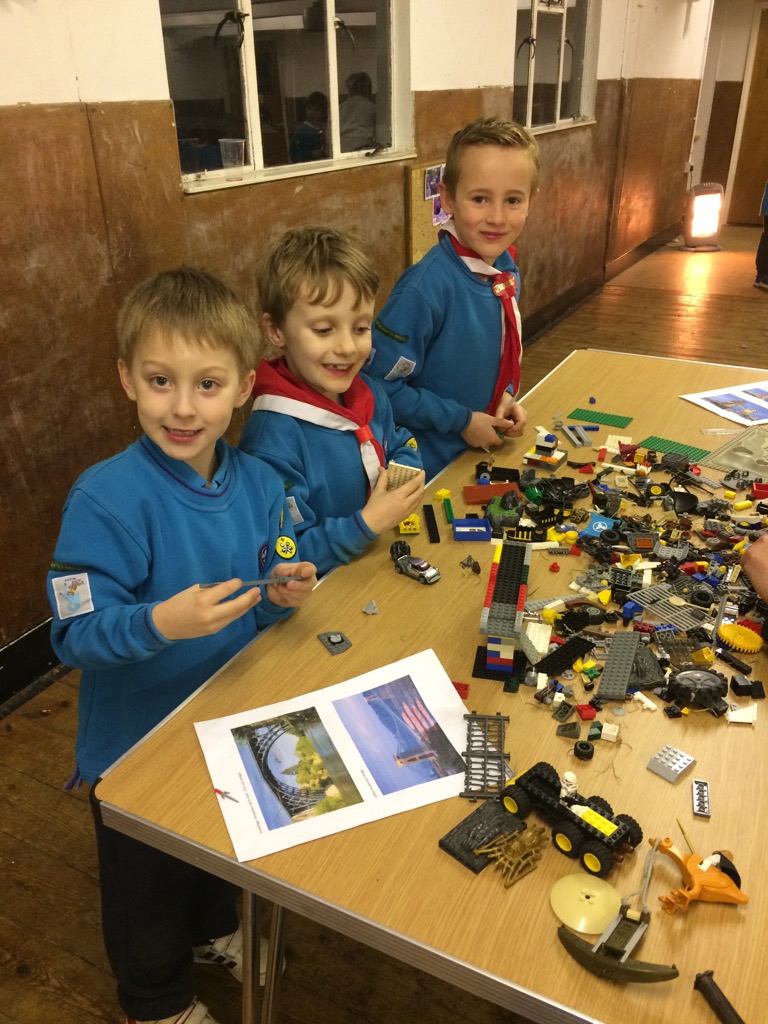 The beavers were challenged to build a Lego bridge capable of carrying a toy car over 25cm’s. They worked in teams to build various structures all of which were able to carry the toy car the set distance. Well done beavers.

The Beavers also split into two teams (the republic and the empire) to play a stars wars themed game. Great fun had by all. It was pretty hectic but the result was a draw between the two galactic giants.