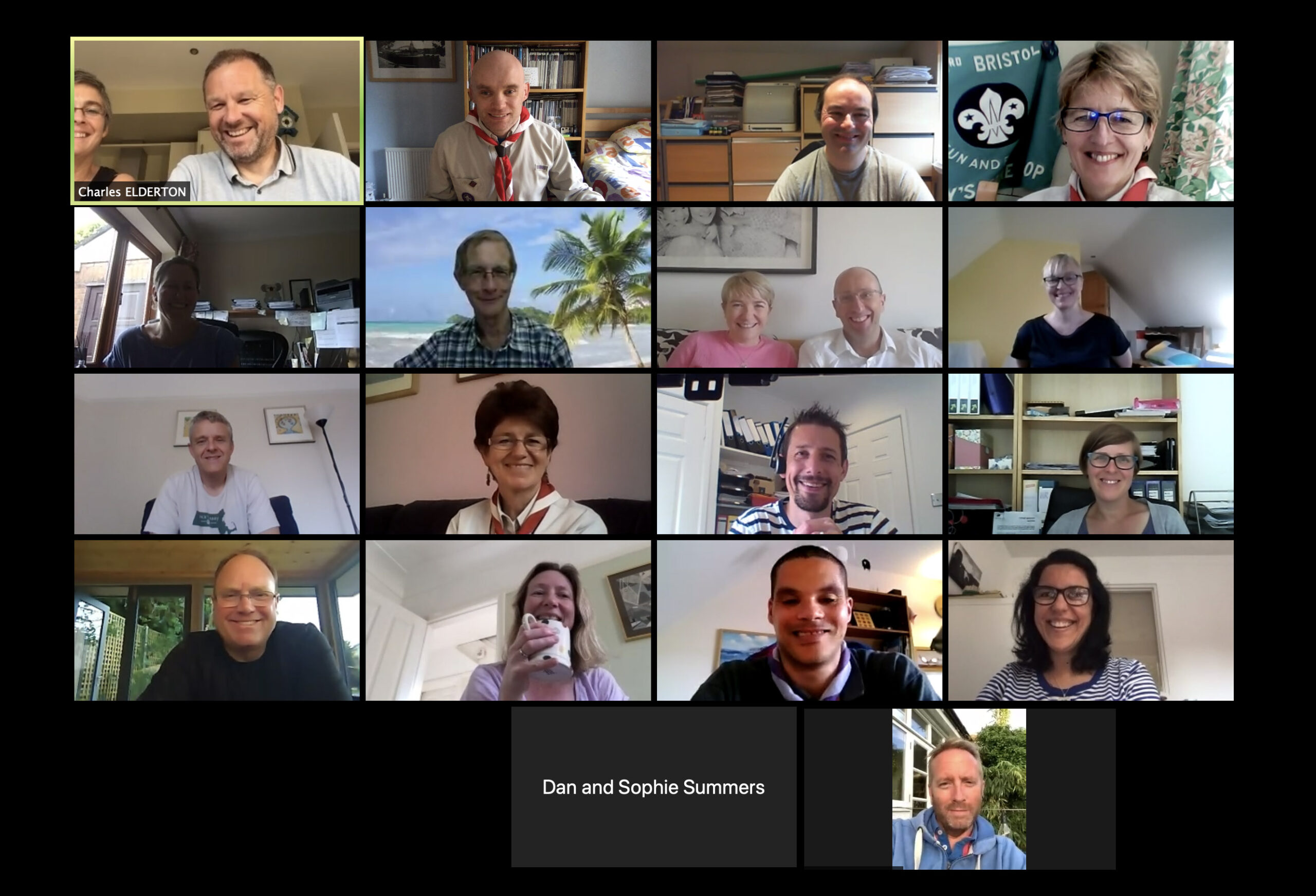 Our Group Annual General Meeting was held on Tuesday 16 June 2020 via Zoom with 21 attendees.
Our Chair, Charles Elderton, gave an upbeat report on a very successful year for the Group including raising funds of over £50,000. In addition, our plans for a Scout Community Centre has progressed significantly with final reports being prepared and a community consultation planned for later this year before submission of our full planning application.
Reports were also delivered by:
1. Scott Whitby-Smith, our Treasurer
2. Nicky Woodfield, our Group Scout Leader
3. Jacquie Carn on behalf of the Beaver Colonies
4. Martin Hargreaves on behalf of the Cub Pack
5. Steve Brown on behalf of the Scout Troop
The range of activities the children have been involved in were truly inspiring. Not least a virtual cub camp last weekend!
We were joined by our newly appointed Trustee, Rev Jema Ball, the vicar of St Mary’s Church in Stoke Bishop who said a few words. Also in attendance was Chris Gavriel, Cabot District Commissioner, who updated the AGM on District Scouting and thoughts for the year ahead.
With a re-appointed Executive with lots of plans for the future we are excited for what the future holds. A really strong and blended team of volunteers ensures the 43rd Bristol Scout Group continues to thrive.